What is Antifreeze and When Should You Change Your Antifreeze

What is Antifreeze and When Should You Change Your Antifreeze 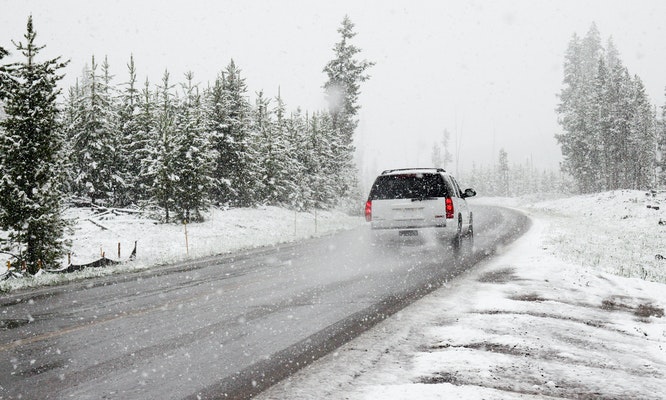 How Your Car Uses Antifreeze

With winter fast approaching now is a great time to start thinking about preparing your car for winter. One of the most important things you can check before the temperatures drop is your car’s antifreeze. Think for a moment about the way a traditional combustion engine works, small explosions propel engine components at thousands of rotations per minute. All of these explosions and all of the friction from movement in the engine creates extreme amounts of heat. To combat this heat, modern engines typically utilize a “water” cooling system where plumbing is run through the engine and radiator. Antifreeze cooled by the radiator flows through these pipes and cools the engine.

Antifreeze, sometimes referred to as coolant, is the liquid that runs through a cars coolant system. The antifreeze liquid must resist boiling under very high temperature situations in the engine as well as resist freezing in cold weather situations. Additionally, antifreeze must lubricate the various components that it comes in contact with and prevent corrosion. Even though coolant systems in cars are often referred to as “water” cooled, water simply is not up to the task of cooling an engine. Instead, antifreeze is used. The key chemical used in antifreeze is ethylene glycol; this chemical reduces the freezing point of water while also raising the boiling point. There are many different antifreeze formulas available, make sure the antifreeze you will withstand the cold Colorado winters.

It’s not uncommon for an older car to begin to leak antifreeze as hoses become brittle and crack. Running low on coolant can cause serious damage to any engine, so be sure to check your coolant fluid level every so often. Every car will vary, but in most cases it is pretty easy to find a car’s coolant reservoir inside the engine bay. Once located, take a quick look to see if the coolant in the reservoir is at the “full” line. If not, add some coolant. Before adding coolant be sure that the engine is

fully cooled, adding coolant to a hot engine could cause damage. If you notice that the coolant reservoir is frequently under-filled, it’s time to bring your car in for a repair. Here are a few other things to look out for

When to Flush the Coolant System

After time the coolant in your vehicle may become dirty and no longer function as designed; when this happens it is time for a coolant or radiator flush. There is no set schedule for a coolant flush, so check the owner’s manual for your specific vehicle to see what the manufacturer recommends. With cold temperatures approaching you don’t want to find out the antifreeze in your vehicle is bad the expensive way. If the coolant in your car freezes it can cause serious engine damage requiring costly repairs. If you can’t remember the last time you had a coolant flush, your best bet is to have one done before winter.